A gummy smile is when some people smile, their upper lip elevates far above their upper teeth, exposing the gums. This happens due to several causes. One of the cause is hyperactive muscles elevating the upper lip. Occasionally, the gummy smile is also exacerbated by a thin upper lip that further contributes to the problem by exposing the upper gum even more. Fortunately, gummy smile can be simply and effectively corrected by Botulinum toxin injections to reduce the activity of the muscle that elevates the upper lip. 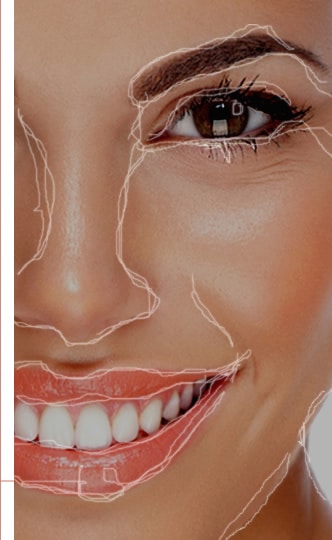 PRIOR TO THE TREATMENT

A full medical consultation will be completed to confirm your suitability for the treatment . Victoria will examine your ability to move certain muscles to determine location, size and use of the muscles that cause the area of concern. The desired results will then be discussed and a treatment plan will be created

A small amount of Botulinum toxin will be injected at both sides of the junction of nostril and nose to mouth fold to weaken the muscles. Within the next 3-10 days, elevation of the upper lip will gradually become less and your new smile is transformed! You will show less gum and have much more confidence to smile without inhibition. The full result will be achieved 2 weeks after the treatment

Avoid touching, massaging or apply cosmetics or creams to the area for 6 hours. This will reduce risk of infection. All aftercare instructions will be discussed with you before the treatment by Victoria 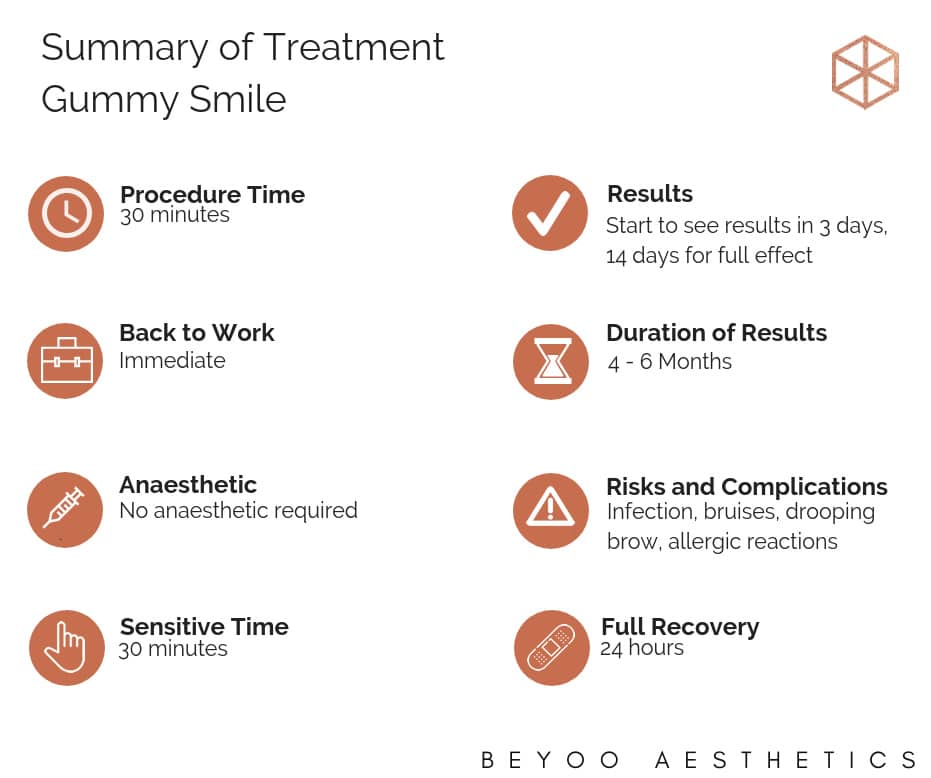 What is Botulinum toxin?

Botulinum toxin is a protein produced by the bacterium Clostridium botulinum. It relaxes the muscle by temporarily blocking nerve impulses to the injected muscles. This reduces muscle activity that lift the upper lip up when smiling. The cosmetic effect of Botulinum toxin was first documented as early as 1989 and was approved by the FDA in 2002. It is now regularly used by many, both male and female, as it is less intrusive and less artificial in appearance than traditional form of treatment such as plastic surgery

Am I suitable for the treatment?

During your medical consultation, Victoria will assess your medical history and make sure you are suitable for the treatment. Be sure to inform Victoria about any pre-existing medical conditions such as:

Is there any side effect?

Injection related side effects are minimal and temporary such as redness, swelling, bruising. Spreading of the Botulinum toxin to the muscle nearby that can cause temporary relaxation can be easily prevented by avoid rubbing or massaging the treated areas for approximately 4 hours post treatment

How long the result last?

The results last 4-6 months. The longevity of the result is variable and each individual may obtain a different result. A plan for regular follow-up treatments to maintain the initial result can be created for you. Our treatment provides a long-lasting but not permanent results leaving you the option of refining your treatment in tune with changing taste and fashion

What will happen if I stop having the injection?

Your smile will go back to where it was. You can stop and start having treatment again whenever you prefer providing that you are suitable